ClockworkCloud MEDIA
This blog is a window into my creative business and lifestyle. I love the outdoors and going on adventures. Photography and videography are a way of life and this allows me to capture the people and adventures along the way. I also enjoy any form of creativity and I am always keen to try new things. 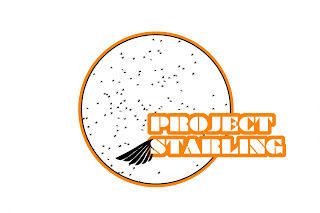 MURMURATION - DANCE OF THE SKY
Always wanted to witness a murmuration and today was the day. Left 3.00am (I took my Dad, he was impressed by the display but not the 3.00am). AMAZING!
Here is some info about the film:
COMING FEB 5th 2012
A short film capturing the magic display of the murmuration. Occurring during the winter months here in the United Kingdom, starlings travel from Northern Europe to escape the harsh winter weather and stay until roughly the end of Feb, where they will then return home.
Each morning the birds leave together in sometimes numbers reaching the millions and reform at dusk where they will regroup in large numbers. If you are lucky they will put on a magic almost fluid display of swooping and diving until the decision is made to land at the roost, where the birds will shoot from the sky, diving into the marshes until the next morning.
For the science behind the murmuration please do a simple search within the internet to find the answers. There is plenty of information out there, but I believe the true reasoning is still somewhat of a mystery.
Released on Feb 5th 2012 an exciting short film capturing the magic of these displays. One not to be missed and a true wonder of the natural world.
http://vimeo.com/32462664 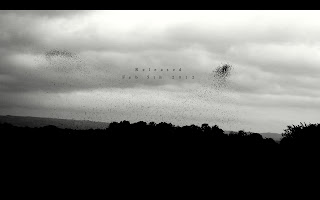 Posted by ClockworkCloud MEDIA at 14:45 No comments:

GLIDE TRACK
This is a sweet little bit of kit. Home built, works a treat, have had some good test shots from her so looking forward to lumping it up some mountain to add an extra 5kg to my load ;) its all in the name of art.
Keep an eye for future shots in my films, yep this is the culprit.
Cool little vid:
http://vimeo.com/32475596 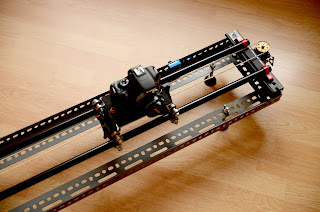 Posted by ClockworkCloud MEDIA at 14:31 No comments: